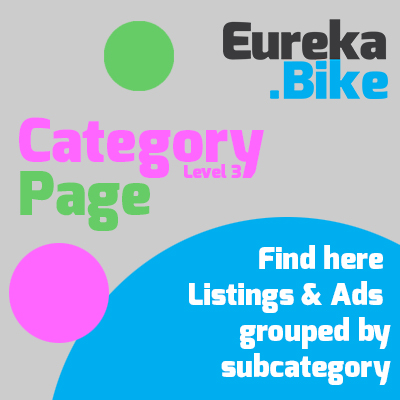 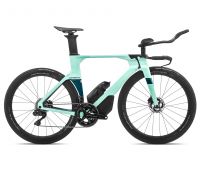 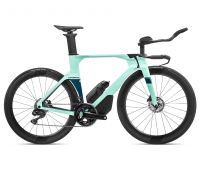 All Products of this Category

Triathlon and Time Trial (TT) bikes are a type of high performance bikes designed specifically for competitions in these two categories. Super light, aerodynamics and ratios designed for maximum speed, are essentially aimed at competition.

Triathlon, which includes swimming, cycling and running, is now a very popular discipline and has been an Olympic sport since the 2000 Games.

The characteristic of this sport is that the cycling section starts immediately after the swimming one, and is in fact a solo route, making it very similar to time trial competitions.
The distances vary according to the type of triathlon competition (and the other fractions are also proportional):

As seen, the mileage varies significantly, but the characteristics of the triathlon bike remain substantially unchanged from the TT one, apart from the ratios that are chosen according to the altitude of the route.

These competitions can be a fraction of a stage lap, or a stand-alone race. There is no standard mileage, but 40-50km is rarely exceeded in professional racing, while the distance is shorter in the other categories.

Given the specific use, these bikes have an extreme set-up: very elongated position, and handlebars with extensions to relax aerodynamically. The frame is normally made of carbon, the rims have a high profile, the transmission of top quality. It is obviously not for the daily use of the cyclist!

On Eurekabike you will find many announcements and price lists of the best brands of triathlon & TT bikes (Scott, Specialized, BMC, Trek, etc.) and of the major retailers.
Eureka! You can look for the bike that best suits your needs as an athlete at the best prices and also request components such as wheels, gears and transmission, handlebars and triathlon and TT frames. Find your ideal triathlon or TT bike on the website of the manufacturer or affiliated EurekaBike dealer and place your order, you can opt for safe home delivery or collection at the store.