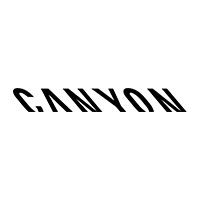 Canyon Bicycles is a manufacturer of high-end racing bikes, mountain bikes, commuter and triathlon bikes based in Koblenz, Germany.

The business grew, first in the local markets, then extending into France, Italy, and Spain and eventually in the UK and beyond. Canyon now sells bikes directly to consumers in more than 100 countries.

Although the company was founded by Roman Arnold,  as a supplier of bike parts for cycling, It was until 1996 that the first bikes with the brand name Canyon appeared.

In 2001 the company made the switch from a supplier to becoming a cycle manufacturer and officially changed its name to Canyon Bicycles GmbH. The company also started production on its frame design with its team of bicycle construction experts.

Canyon bicycles showcases premium German-engineering heritage, which emphasizes a technology-driven approach toward creating performance Bikes at comparatively low prices as against major rivals like Specialized, Trek,  or even Cannondale bikes.

Canyon offers a wide range of products, cutting across all cycling categories:

At Canyon, everyday is a welcomed challenge – to make the best bikes in the world and to provide the best possible riding experience.

The results speak for themselves – with Canyon bikes delivering multiple Grand Tour victories, many World Championship wins, and countless test victories the world over.