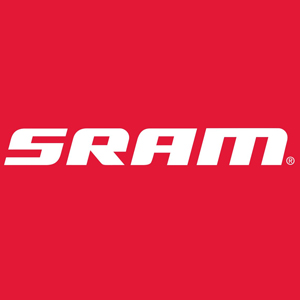 SRAM was founded around a single product in 1987. It later  introduced the Grip Shift (or twist shift) to the road bike market in 1988. With the adoption of this technology for mountain bikes In 1991, SRAM quickly grew.

Chicago has been home to SRAM’s global headquarters since it first commenced operations. Much of SRAM’s engineering, marketing, and senior staff are housed in this state-of-the-art office space in the city's booming West side. The office is open, inviting, and boasts a popular (and well-marked) test track around the it's premises.

In 1995, eager to expand, SRAM introduced their first mountain bike rear derailleur, dubbed ESP, that featured a new and unique 1:1 cable actuation ratio that was more tolerant of cable contamination and easier to set than the competitors.

The new derailleur was designed to pair perfectly with SRAM’s ESP Grip Shifters, and this was a critical first step for SRAM towards producing a complete shifting system.

SRAM was eager to grow, both by acquisition and product development. By 1997, the brand purchased Sachs, a legendary German manufacturer with expertise in chains and gearing.

Sachs provided SRAM with a group of experienced metallurgists and engineers as well as a successful chain and internally geared hub production line.

Although SRAM began as a manufacturer of road bike shifters, in 1993, the company continued to mainly serve the rapidly growing mountain bike market.

By 2004, SRAM made a home-run return to the road and began the development of two new road groupsets. The company brought Force and Rival to market in 2006 and Force was raced in the Tour de France the following year.

The group used a new proprietary shifting technology known as DoubleTap. The technology allows the rider to shift a derailleur in both directions using a single shifter paddle.

SRAM continues to make significant efforts to support cycling through sponsorships made in partnership with race promoters. Examples of such partnerships include; The Amgen Tour of California, Ironman, the Sea Otter Classic, Dirty Kanza, and Crankworks.

The company happens to be the Neutral Race Support (NRS) sponsor for numerous professional Ironman events including the US National Championships, European and World Championships.

At SRAM, priority is placed on making the best possible products for cyclists. Their purpose statement reads; “We believe in the power of bicycles and expanding the potential of cycling." We create and manufacture components that inspire cyclists.”

While product development and manufacturing have always been priority, The brand has more recently increased it's efforts to expand the potential of cycling, particularly for women.

SRAM is an ardent supporter of women’s professional cycling. The brand sponsors the Women’s Amgen Tour of California empowered with SRAM bike race.

They also sponsor many top teams in the Women’s World Tour including the CANYON/SRAM Racing, Boels-Dolmans Cycling Team, and the Rally Cycling Team.

The company is committed to engaging with its team as well as members of the community to listen, learn and to act, as both professionals and lovers of the sport.