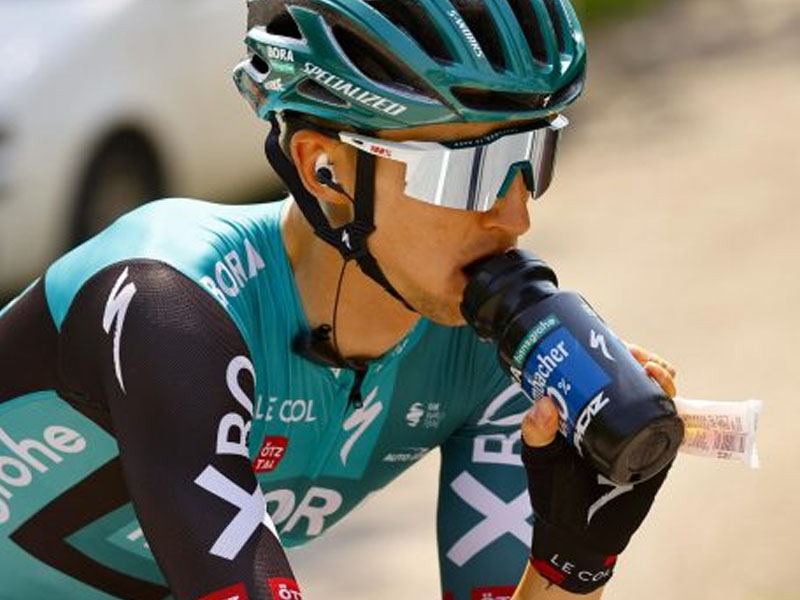 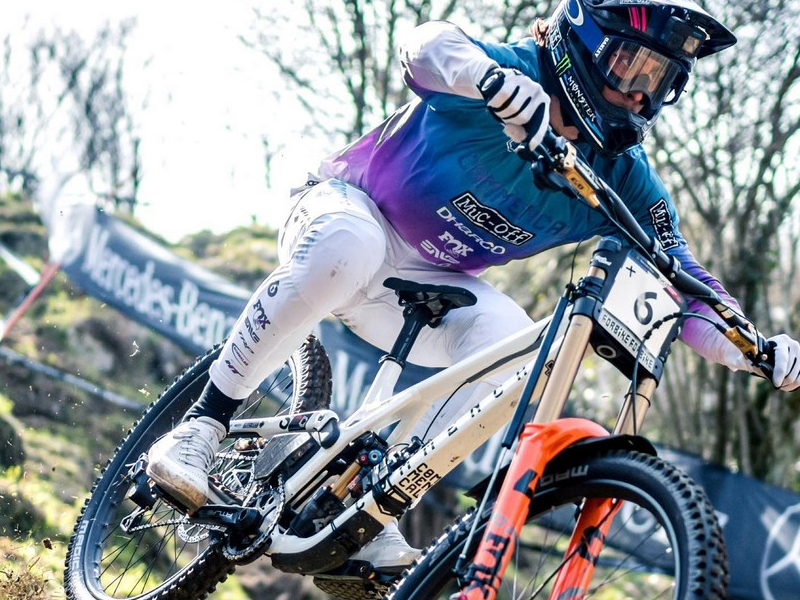 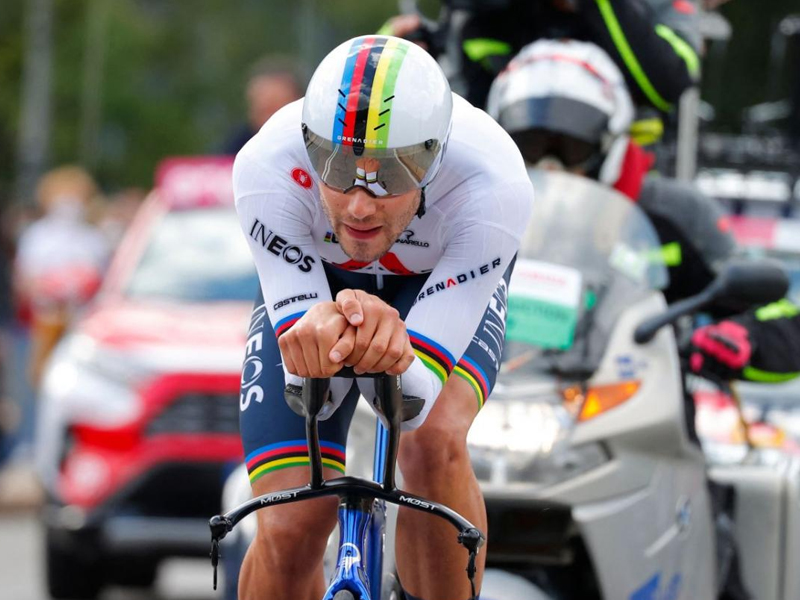 Filippo Ganna and his Pinarello bike won today, at the first (time trial) stage of the 104th Giro d'Italia. the Italian cyclist (original from Piedmont region) exceded everyone's expectations by winning the stage with an incredible hourly average of 58.7km/h in "his" city of Turin.

Ganna is now recognized as a winning figure, in a cycling world lately rather poor of satisfactions for the Italians. His exceptional debut, calls Italian cycling to a turnaround after a start to the season that has not seen Italians collect as much as it could be expected.

Ganna: the greatest Italian chronoman ever?

As a matter of fact, during 2019 and 2020 Top Ganna was the protagonist of a nine-stage series of victories against time, culminating in the triumph in the TT World Championship. He was practically unbeatable, an incredible Filippo Ganna World Record who has become perhaps the greatest Italian chronoman ever. And its future is still largely to be written, perhaps with the hour record.

Of course, there have been other time trial men in Italy: Binda and Guerra, human locomotives, Ercole Baldini with his elegance and effectiveness, Coppi and Moser who broke the Hour Record several times and the same Moser who overturned a Giro d'Italia in the last stage (a TT by the way) at the expense of a great Fignon. If the aforementioned champions won in time trial by virtue of the athletic completeness of a champion, however, Ganna is instead the first Italian cyclist to establish himself as an absolute specialist in time trials.

Some curiosities about Filippo Ganna

Where was Filippo Ganna born? Born in Verbania, Piedmont, he experienced his first successes on track in the discipline of pursuit and then he progressed on road races to achieve big goals, perhaps already in his genes, but not to be taken for granted.
If you want to know more about Filippo Ganna's career so far, don't miss the article we published a few months ago on the EurekaBike blog, by clicking here: go to the article on Filippo Ganna's career overview.

Ganna has been able to combine the physical and athletic skills we has been given by mother Nature to a superfine technique built with dedication and a lot of work, and a remarkable mental strength (fundamental in the short performances of a TT).

The move to Sky/Ineos team certainly contributed to his constant growth, as such a top team, if not the best, devotes great attention to mental preparation and technological research, and which is equipped with bicycles among the best performing ever, branded Pinarello.

By the way, if you want to find out about the history and curiosity of Pinarello, follow the link and read all the details and curiosities on the EurekaBike page dedicated to the Pinarello brand, one of the most prestigious Italian bike manufacturers, renowned all over the world.

How much does Ganna's bike cost? It's no secret: € 25,000, as reported by the Gazzetta dello Sport newspaper.

The next challenges of Filippo Ganna

We have gotten too used to his victories but now Filippo is called to confirm, after a slower start of the season: many expect him to win in both time trial stages of the 2021 Giro.

The first stage, 8.6 km long, seemed designed for him: practically flat in the center of Turin and with few turns. The ideal to push hard and immediately get the Pink Jersey, even more deserved because if obtained against specialist athletes of the caliber of Cavagna, in very form, Almeida and Bevin.

The next time trial stage will be the final one, from Senago to Milan. A final walkway of 30.3 km, on the plain. Will Top Ganna be able to outdo itself and return to last year's glories?

In the first part of the season he was used by Ineos not only as a leader, but also as a lieutenant for the captains in many races (we remember him doing long pulls at Sanremo and at the Tour of the Alps) and he accumulated that fatigue that perhaps he limited a bit at the beginning of the season. Now he has been able to rest and is ready to get the most out of it.

If he will be able to win even in stages different from TT, it is difficult to say: we still have in our eyes the splendid breakaway of last year completed alone in Camigliatello. We remember, however, that the crash with subsequent abandonment of the captain Geraint Thomas had disrupted the plans of the team, necessitating a plan B in which Ganna played the part of "surprise variable". We will see if in this edition he will have the same freedom or the teamwork tasks will limit his action in the breakaways.

The Ineos 2021 does not have a purely climbing composition: alongside the captains Bernal and Sivakov there are only Martinez and Moscon to give support on long and difficult climbs, and with the Trentino in form that could also be used for some  final for finisseurs.

The essential task of the Italian will therefore be to sacrifice himself at least in the first sections of the numerous climbs that characterize this Giro.

We'll see! Meanwhile, it is positive for us to have an Italian world champion on the roads of the pink race who can boost the enthusiasm of fans, so we are waiting for many people to follow, in compliance with the rules, the king event of tricolor cycling.