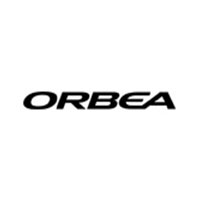 Orbea was founded in 1840 by brothers Juan Manuel Mateo, and Casimiro Orbea in Eibar, Spain. Orbea began designing and producing bicycles as “Orbea Bicycles” in 1930.

Orbea began participating in the Tour de France as early as 1934, with famous Spaniard Mariano Cañardo as the face of the Orbea road cycling team.

In 1969, the employees formed a co-operative and purchased Orbea from the Orbea family. The newly formed company left Eibar that same year to nearby Mallabia, where their first dedicated bicycle factory was built.

For the next several decades, the company focuses on producing leisure bikes for riders in Spain and around Europe.

In 2017, Orbea introduced the Gain e-bike model available in both road and hybrid model. In addition to this, they introduced the electric assisted Orbea Wild mountain bike in 2019.

With the most popular being: the Orca and Avant road bikes, Rallon, Occam mountain bikes and the brand new and hi-tech Orbea Rise eBike. The Ordu is their time trial/triathlon most known model.

The road of the cyclist has climbs, descents, plains, endless routes, and unexpected curves. Every ride is a story, having this knowledge gives Orbea the rare passion and know-how to adapt and develop bikes that uniquely caters for the needs of the cyclist.

With a range of bicycles designed to suit every rider, Orbea offers a bike for every kind of riding, from full suspension Enduro mountain bikes to featherweight Grand Tour racing steeds, bikes that offer complete enjoyment, for unending miles through the forest, alway at the pinnacle of performance.