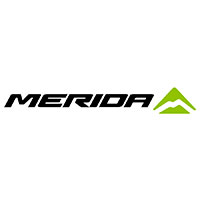 Merida is a Taiwan-based company with it's research and development headquarters in Germany that designs, manufactures and markets bicycles globally in over 77 countries. Founded in 1972 by Ike Tseng the company designs and manufactures over 2 million bicycles a year at its factories in Taiwan, China and Germany.

The company initially began production by making Raleigh bikes for the North American market, and subsequently served as an original equipment manufacturer(OEM) for numerous other brands.

In 1988, Merida finally began design and production of bicycles under its own brand name.

The company has been co-sponsor of the Multivan Merida Biking Team, with athletes such as José Antonio Hermida and Gunn-Rita Dahle Flesjå, and of bicycle racing events such as the TransUK and TransWales mountain bike races.

Since 2004, the team has won over 30 World Cup wins as well as Olympic gold and silver medals.

Merida bikes are "made by hand" and that process starts with a team of highly skilled engineers, developers and technicians who make up their Research and development department.

The use of in-house testing facilities help push their products far beyond the industry standards, and ensure that Merida bikes will withstand even the most demanding trail, the steepest climb, the heaviest load or the daily gruelling chore.

The passion for everything bike and the constant desire to make better bikes is the driving force behind the many successes of Merida. They believe that creating a bike is very much a team effort, where a long list of individuals contribute their specific skill set, to ultimately achieve perfection.

Testing, and re-testing are important so as to offer an efficient and secure product that guarantees the customer optimum performance.

The name Merida is a rough translation of its three syllables ma-ri-da, which highlights the company's desire to manufacture bikes that enable the customer to reach their destination.